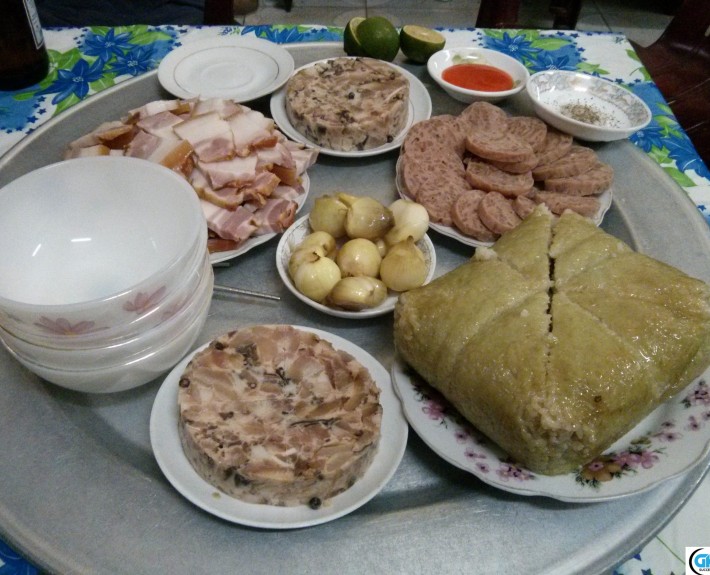 Hanoi is currently shut down; countless stores are closed, it’s hard to find a meal in town (in certain areas), and at times, the city almost feels as if it is under curfew. However, Hanoi is not the only city that is experiencing these conditions–across the entire country, Vietnamese are currently in the middle of celebrating Tet, which marks the transition from the Year of the Horse to the Year of the Goat. This year, the Tet holiday (Tet Nguyen Dan) is officially observed from February 15 to February 23, but the New Year’s Day is on February 19.

To foreigners, Tet is New Year’s, Christmas, and Thanksgiving all rolled into one extended holiday. It is based on the same lunar calendar that other Asian cultures, such as the Chinese, Korean, and Japanese, subscribe to. Indeed, it can be difficult to celebrate Tet as an expat or tourist unless there are existing familial or close friendly ties with people here. For Vietnamese, the holiday is a time to remember ancestors and a time to spend with young and old family members alike. During Tet, people look back on the old year and look forward to the new year. Overall, people wish each other health, happiness, and success; and hand out lucky money to children and old people. For many Vietnamese, Tet is the only vacation that they will have the entire year, which is the main reason why there are so many pilgrimages to respective hometowns (where they gather with the rest of the family to have meals together).

To historians (and some Americans), hearing the holiday’s name may remind them of the Tet Offensive, which took ARVN and American forces by surprise in 1968 during the Second Indochina War when, before going into battle, General Vo Nguyen Giap ordered the forces under his command to “Crack the Sky, Shake the Earth.” As with many national holidays, Vietnam’s flag is flown from almost every home and business, reflecting the deep nationalism and patriotism that permeates every facet of Vietnamese society. In this sense, tradition, national sovereignty, and history are all intertwined in the celebration of the Tet Nguyen Dan holiday in Vietnam.

In the days leading up to New Year’s Eve (February 18) there are a number of preparations that must be carried out for every family. These duties range from cleaning to paying off debts to stocking up for food to celebrate the holiday during “hibernation.” There are a number of fairs that pop up throughout the country, which allow Vietnamese to shop for essentials and new items to bring in the new year. All kinds of rooms, transportation, and everything else travel-related is nearly fully booked weeks in advance. Even getting a taxi in the days before Tet becomes a challenge (and the experience reminded your author of trying to get a taxi in San Francisco before Uber and Lyft were available) and makes running simple errands take even longer than usual. Traditionally, a family must clean their home (and vehicles) and prepare Tet food—some of which can take hours to make (like banh chung). However, in recent years the widespread availability of Tet foods at local markets have allowed some families to transition away from preparing Tet foods themselves.

But really, preparation for Tet begins weeks before—perhaps even as far back as the western New Year. There’s a festive attitude and laid back mindset that seems to swallow Vietnam entirely; it is a distinct “post-Tet” and “pre-Tet” atmosphere that affects everything from meetings to schedules to business deals. As early as January people are already looking forward to Tet and many business activities will be pushed into next (lunar) year. Thus, the focus around this time before Tet is on end-of-the-year parties for workers, which begin shortly after a workday and continue late into the night (as allowed by local ordinances).

That’s not to say that Tet isn’t a busy time—it is, just from a personal orientation (and relationship—but that too can blur the line between personal and professional) rather than a professional orientation. Everyone is rushing around to wrap up last minute items and to get everything ready for Tet and the subsequent shutdown. Flowers are everywhere; in the north, orange kumquat trees are preferred, while in the south yellow flowers are associated with Tet. Interestingly enough, a week before the Tet holiday, the kitchen gods must be appeased (by releasing fish) so that a family will have a good report for the Jade Emperor; this year even US Ambassador Ted Osius and his family joined in the festivities to release fish into Hoan Kiem lake.

All over town, “Mung Dang, Mung Xuan” banners are seen in various shapes and forms; it means, “greet the party, greet the spring.” Here, spring is the first three months of the year, the first season of the year, and the new start as well as the start of prosperity for the new year. (During this time, prisoners who are eligible for good behavior are released so that they too can spend the new year with their families and to have a “new start.”)

Then, starting on the day before New Year’s Eve most shops close their doors for at least several days. There is an eerie sense of calm in usually busy areas of the city and the few motorbikes and cars on the road are sparkling clean. Daily trash pickup occur earlier than expected to accommodate the vigorous spring cleaning and the Tet fairs have all shut down, replaced by flower sellers. The first day of the new year is on the horizon.

The last meal of the year is one of the most important because it brings family, the ultimate glue of Vietnamese society, together: banh chung, the traditional Tet cake, is the most widely known Tet food but there are several other side dishes that are only prepared for Tet. If Hanoians don’t stay at home to bring in the new year with family then they go to Hoan Kiem lake (also known as Ho Guom) to see the fireworks. Another popular gathering point is My Dinh stadium, which was built several years ago as part of a sports initiative for the New Tu Liem District and where we celebrated the new year.

Vietnamese began assembling around My Dinh stadium early in the night so as midnight approached the area was full of motorbikes and cars. As the fireworks began shortly after midnight almost everyone took out their smartphones and began recording the illuminating display overhead. Those who weren’t transfixed by the fireworks were riding (at times, driving so fast that they appeared to fly) their motorcycles between the improvised lanes of spectators. Some riders honked loudly while others waved Vietnam’s flag behind them, procession style. About twenty minutes later, when the fireworks had ended, a mass exodus began and the entire area transformed into a frenzied parking lot. It is considered good luck and tradition to bring home a tree branch so several were on sale on the side of a few roads leading away from My Dinh stadium–there were also envelopes for lucky money as well as giant red balloons which had the traditional new year greeting, Chuc Mung Nam Moi (Happy New Year!), on them. Some children who were riding on the back of motorbikes wished those around them a “Happy New Year” as their parents looked on approvingly.

Superstitions dictate many activities in Vietnam so it is important to pay respect to spirits, especially ancestral ones. Some Vietnamese rush to the pagodas in the early hours of the new year in order to be the first to pay respect to ancestors, spirits, ghosts, and other otherworldly elements. For those who can wait until daylight, the pagoda is perhaps even more crowded than shortly after midnight. For us, we started the new year off with a bottle of Hanoi beer and then proceeded to go home to rest after a long and enlightening night.

The first official visitor of the new year at a house needs to be good (character, esteem, success, etc.) in order to bring the family good luck for the rest of the year. Tet is celebrated in a series of days: traditionally, the first day is for the father’s family, the second day is for the mother’s family and the third day is for teachers. Lucky money, “li xi,” is presented to older family members as a sign of respect—as well as to younger children (up to around 21, in some cases). $2 bills are given out to children (with particular attention paid to the serial numbers or other significant numbers) and all money must be in crisp, new condition. The numbers two, six, and eight are particularly auspicious numbers in Vietnam.

The Effects of Tet

Tet is a deeply family-oriented and nationwide experience. Any manager must be aware of the impact that Tet has on the country during the actual holiday but also for the schedules that it may impact. Business will mostly return to normal within 15 days after Tet but in reality the economic climate is affected for five or six weeks before and after Tet. For example, to some, it is considered bad luck to do real estate transactions in the first lunar month (until March 19). A few years ago, many stores and shops used to be closed. But now there are places that remain open for tourists and expats. Many workers look forward to the Tet bonus or “13th month salary” (and some workers even plan job changes around it) which can drive up the costs for a company–or negatively impact morale if the Tet bonus is not aligned with workers’ expectations.

Tet has its origins in the old agrarian society in Vietnam—it gave workers a chance to rest before doing hard work on the fields. However, as Vietnam has shifted to a service oriented economy, some have called to get rid of or shorten Tet because of productivity and other economic losses. Sometimes, there are some negative elements that are associated with the holiday season. For example, criminal activity can sometimes increase shortly before Tet as a result of people trying to pay off their debts. However, the real danger during Tet is the drunken driving and traffic accidents. One reason is lack of experience: people rent cars to drive to their hometowns and do not really have experience or skills to drive larger vehicles (since most of the time they are driving motorbikes).

However, good food, which is only cooked at this time of the year, can lift the spirits of everyone—-although if you are a foreigner, finding a meal can be a challenge with the exception of chains and larger retailers. But basically, it is the few days per year when everyone is nice to each other (or so we have been told by locals). Most expats leave during the holiday, but Tet in Vietnam is something that you should try to experience for yourself. The bottom is line is: do not underestimate Tet, its significance, or the impact it has on plans and travel—the impact on business here is real. But do not worry–soon, the hustle and bustle will be back, the deals and money will start flowing again, and things will be back to normal (for better or for worse).

We wish you and your family a happy, healthy, and prosperous Year of the Goat–Chuc Mung Nam Moi! 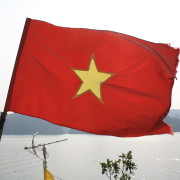 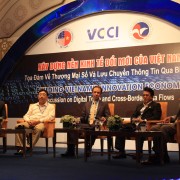 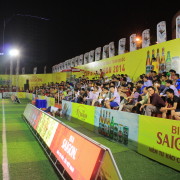 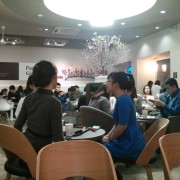