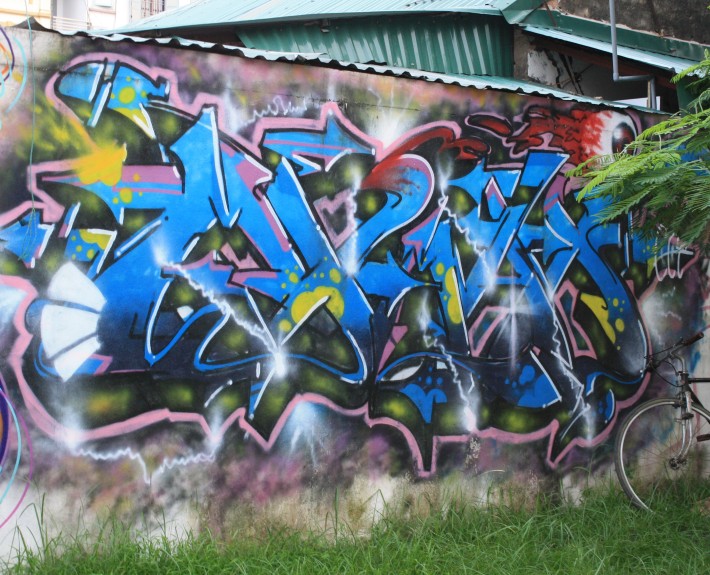 Capturing the chaos of Hanoi.

We took off from publishing last week so we are resuming our normal schedule of Sunday posts. Keeping a schedule or routine in general helps to build structure and maintain momentum; for some that means going to the gym, for others it means traveling once a month, and for us it means writing consistently in between projects, meetings, and travels.

However, it’s good to change things up once in a while and to consume content instead of creating it—movies usually fill that role but for inspiration it’s best to turn elsewhere. While it might be hard to find unique institutions of culture in Vietnam beyond museums, a vast assortment of handicrafts, or those visible propaganda art shops in the streets, it does not mean that Vietnam is devoid of other forms of creativity and expression. Indeed, there are coursing currents of creativity in Hanoi and greater Vietnam that can be missed at first glance. This week we will take a look at some emerging sub-culture trends within the last few years.

Music: art for the ears. In general, many of the younger generations of Vietnamese seem to prefer western songs with romantic undertones. However, there are not many high-profile western musical acts that come through Vietnam, which is a bit surprising to consider since western culture can be heavily consumed in Vietnam at times. For example, one could make a strong case for P!nk’s Just Give Me A Reason as the 2013 unofficial theme song of Vietnam. And speaking of anthems, let’s not forget Michael Learns to Rock’s Take Me To Your Heart, which seems to be played everywhere in Vietnam (even though they are technically an Asian-branded band). Some Vietnamese children even learn the lyrics to MLTR songs while growing up—and they probably could have learned their first English words via those popular songs

Some other younger and more hip Vietnamese seem to enjoy rock music more, preferring local bands, or jazz, or rap music. Vietnamese rappers such as Su Boi and Kim (also known as Kimmese) are among two of the most popular acts. Moreover, KPOP has spread its influence to a huge numbers of followers here in Vietnam. KPOP stars have brought everything from new dance moves to novel hairstyles to nascent fashion trends in Vietnam. On a more local level, Hanoi seems to have more charm and is more music festival centric whereas Saigon experiences are more about the creativity and variety in cosmopolitan nightlife experiences in bars and clubs.

On The Move On and Off The Wall

Run, Saigon, Run! Earlier this year, the unique Color Me Run, “based on new ideas for activities” was held in Saigon for the first time. Meanwhile, in Hanoi, Viet Pride, an inclusive equality and volunteer driven parade was first held in Hanoi in 2012, and then subsequently spread to Saigon and beyond. It is interesting to see the divergence between commercial and social mission events within the host cities, especially because some of the more progressive events originate from the more traditional city.

Other than those events, street art and graffiti, in general, have been getting more popular in Vietnam. Whether it is tagging or painting intricate wall murals around West Lake, the interest in street art could bring bigger opportunities for commercial enterprises as Vietnamese youth and other thought leaders turn their attention toward alternate forms of expression beyond the traditional outlets, i.e., “rebels,” if you will.

Speaking of  rebels, Harley-Davidson, the symbol of rebels against society, finally arrived in Vietnam last year. With the opening of the first Harley-Davidson dealership in Vietnam, we can expect to see more western culture absorbed and emulated in Vietnam as more and more brands go east. With the high barrier to entry (entry-levels models like the 883 start off around $16,000), there is a premium for being a rebel leader. A complimentary first year’s membership to Saigon H.O.G. or Harley-Davidson Owner’s Group is included with each new purchase of any model. And what are bikers without tattoos? The first Tattoo Convention in Vietnam was held in Saigon last year as tattoos became even trendier and more mainstream.

Hanoi: For Local and Foreign Artists

Even on an educational level, art is becoming more popular in Vietnam. Some of the most popular majors for Vietnamese students include banking and finance. Indeed, there are institutions dedicated to a banking emphasis since it is a conventional career path option for many Vietnamese. Over the last few years, a small but growing number of Vietnamese students have opted to study abroad in an effort to pursue less “safe” subjects and have chosen to go to art schools in the US—something that would have been even more rare a few years ago.

That’s not to say that there are not any locally grown artists; for example, Nguyen Minh Son is originally from Hanoi and draws most of his inspiration from traveling throughout his home country of Vietnam. In addition to art, Mr. Son also has a passion for Kung Fu, which he has been practicing for over twenty years. Over the years, Mr. Son has experimented with various forms of expression as viewed in his gallery and on his website.

Indeed, one does not need to leave Hanoi to become an artist for there are available local art lessons for anyone to join. Knee Jerk, originally from England, came to Hanoi almost four years ago from Melbourne, Australia. Since then, he started doing graffiti in the streets of Hanoi and has been commissioned for art in retail settings. Currently, he offers classes in his studio for people of all ages; his current students include children of expats as well as adults who want to hone their artistic skills. He regularly collaborates with artists from around the world including France, Hong Kong, and Brazil.

As Knee Jerk describes in his own words:

“I am an Artist and Art teacher creating Art and also running classes from my home and studio, Not Pop Studio. My background is graphic design and illustration, which is what I studied at Salford University in England, graduating in 2003. Most of the artwork I produced before coming to Hanoi was digital based, but almost as soon as I arrived in Hanoi, I revisited an earlier love of painting using hand cut stencils and spray paint.

I quickly learned to combine my digital designs with hand cut and paint techniques and I continue to paint everyday, either working on canvas/mural commissions or more self instigated street paintings. I try to paint eye catching pieces of art that also makes people think and not to have “knee jerk reactions” regarding the subject matter of the piece.”

While these two Hanoi-based (Not Pop Studio in Tay Ho, and Minh Son Gallery in Ba Dinh district) artists have different backgrounds, styles, and inspirations, they have produced and presented art all over the world. Both artists are currently interested in having their works displayed in either New York City or San Francisco—please contact Knee Jerk or Nguyen Minh Son directly for more information. For more information on street art in Hanoi, please see here.

What will be the next step for Vietnam’s art, music, and other cultural scenes overall? It’s anyone’s guess, but if recent interest is any indication then there are exciting times for the tattoo, street art, and motorcycle communities in Vietnam. Surprisingly, to some, Vietnam is a suitable place for creation after all and Hanoi is one of its centers. 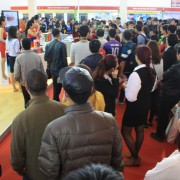 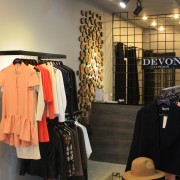 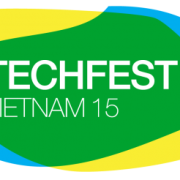 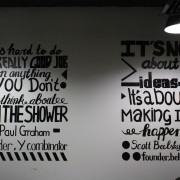